The final outcomes of Tuesday’s city commission races in Grand Rapids’ 2nd and 1st ward signal a growing change, and place current and future leaders on notice. Congratulations to both Milinda Ysasi and Allison Lutz for playing historic roles in Grand Rapids politics. Milinda, the ready and reliable candidate and our first Latina city commissioner, was overwhelmingly elected despite an opponent employing negative tactics and historic volumes of police money. Allison came within a few hundred votes of upsetting her heavily police supported incumbent. She led a true grassroots and people-focused campaign. Equity PAC was proud to support both through donations and volunteers. 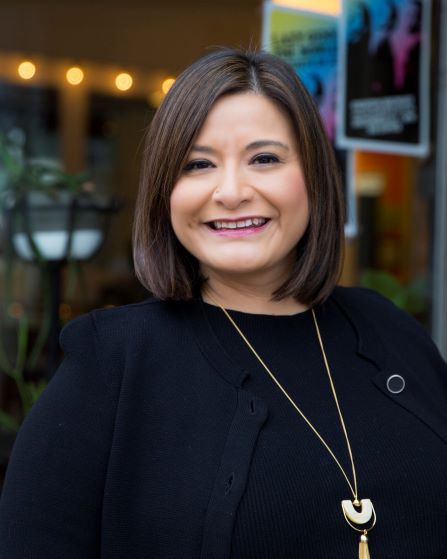 Milinda and Allison ran unselfish campaigns. Their messages focused on the need for our city to do better by lifting up people and bringing power to the community. Milinda brought the broadest support we have ever seen with her campaign. Allison showed that the westside is ready for change. We were also proud to see the support of the Progressive Women’s Alliance for Milinda. This showed their willingness to consider how the course of politics can be changed in West Michigan through equity-minded candidates with valuable lived experiences.

Each of their opponents, when challenged, took deep shelter in the old guard of police unions, out-of-touch party operatives, and electeds that behave in ways that maintain the inequitable status quo and brush aside principles of equity when power is on the line. We understand that Jon O’Connor, the incumbent challenged by Allison Lutz, didn’t knock on one door during his entire campaign. Nearly half of all donations to Milinda’s opponent, Wendy Falb, came from police unions during a time of sustained police and community tensions. The results of this election show it is unacceptable to have political strategies that avoid the very people and issues their campaigns say they are championing.

This is a message of celebration for these political wins, signs of change, and a milestone for Equity PAC. We stood strongly behind each candidate and see this election cycle as movement in a promising direction. Since our inception in 2016 we have learned that too many candidates are not interested in creating a larger, inclusive, and equitable tent. When challenged on issues of power, privilege, and equity, many do not welcome feedback. Milinda and Allison do not fit that description - so this is also a clear message that the expectations of leaders are evolving.

We have personally spent too much time with candidates and electeds that fail when their leadership is put to the test. There is no leadership in refusing to knock on doors during a campaign, lacking relationships with people of color, and insisting your biggest political event is inclusive despite all evidence to the contrary. It is not equitable to fail to speak out against white supremacist actions in your campaign speech or in self-selecting the next person to run for office before anyone knew there was a contest.

These are all situations we have witnessed. We applaud folks who want to advance in their equity journey and know these difficult moments are part of that. However, we are not proud of folks who insincerely engage equity in name only and who become defensive or dismissive when called to act equitably. We’ve witnessed avoidance and fragility, received angry texts, upset calls, and incredulous responses to our advocacy and/or lack of support for these individuals. Equity PAC was formed to continually increase the number of equity-minded officials, policies, and practices in Michigan. We’re here to change the system - not advance someone’s life goals.

On Tuesday night, the people put so many institutions on notice: it’s time to have an honest conversation about your effectiveness. Both Milinda and Allison demonstrated that the strongest power is with the people. Weak and unsustainable power relies on money and privilege.

These election wins are not just victories, they are doors opening. No one truly wins until those we elect take their mandate to re-invent our institutions. Most of us want to see Grand Rapids become a place where one’s race, place, or income doesn’t dictate opportunities or influence life outcomes. To do that, we need even more people power behind those we elect and we need more equity-minded people to run for office. Most of all, we need everyone in position and with influence to join the growing movement to improve life for everyone in our community, particularly those most underestimated and marginalized.

We call on everyone - candidates, electeds, the police union, and political parties - in Grand Rapids to re-engage the broader community. To listen, note what’s best for people and assess your effectiveness. Wonder aloud with us and even unusual allies to ask yourself: “what can we do differently to make this a better community for everyone?”. You can play a vital leadership role and become a beloved, popular and powerful figure in the changes that are already in motion. We are here, working hard with people that serve everyone, voting and waiting for you. Join us.

Congratulations again to Milinda and Allison for successful campaigns. We and all your supporters look forward to continuing to work with you.

or
Please check your e-mail for a link to activate your account.